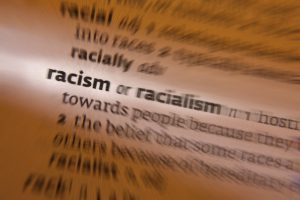 I was having a chat the other day, with a new acquaintance. The subject turned to racism and the question that came up was, are white people inherently racist?

I was stunned when my new friend, who was black, said, “You know, when you wake up in the morning, you don’t give a thought to your colour. It’s easy; you don’t have to think about it. But we do, every single day of our lives.”

Considering everything, I have to conclude that we whites are indeed racist. And it’s easy to see why someone of my age would be racist. We were brought up to believe that being British meant that we were superior to all other peoples – white, black, brown, red, yellow.

Anyone who was not British was our inferior. Americans, Germans, Russians – the list was endless. And if there were little green men on Mars, why we were superior to them too!

This British superiority complex persists, despite all the evidence to the contrary. It is deeply ingrained in our national psyche – despite our current reduced circumstances and lack of clout in the world.

Belief in Britain and the British is endemic – but somehow it does not extend to minorities no matter how long back their lineage has been resident here.

This is important because it is so easy to be unconsciously racist. “I’m not racist/misogynistic/anti-Semitic/anti-gay but these …” If those words ever cross your lips, look very carefully into a probable underlying prejudice. (The clue lies in the ‘these people’ bit.)

Let’s all try to do better, eh?